Sharing a confined space with your significant other can be challenging enough, so when forced to do it with a whole host of somewhat oddly clothed, sweating and grunting bodies at the gym, it’s a miracle that a gym etiquette handbook hasn’t written itself. Unfortunately, some people lack the wherewithal to be considerate and even though we cannot ban them from gyms, we can certainly do our best to educate them!

It’s a basic fact of life that exertion equals perspiration and I’m not only referring to the handful of unfortunate individuals who sweat profusely just at the mere mention of exercise. I’m aware that women only ‘glow’ but when in Rom…gym, you know, do the right thing. You’re sharing equipment with fellow human beings and if the “do unto others” adage was ever invoked, now would be it. Personally, I’d like to think the last person to climb off the exercise bike I’m about plant my rear end on, wiped the seat no matter how fine a ‘glow’ they worked up.

Enter: Sweat Towels. That’s why you buy them, bring them and ultimately, use them.

For people who are diehard weight section fans, which judging by how many guys need to do more leg exercises, is plenty, you’re either guilty of this sin or intensely annoyed by it. Could everybody, please, #PutBackTheWeights?

There are few things more annoying than discovering the 5kg dumbbells stuck behind the squat rack just as your workout ends. It’s quite a simple thing really. When you’re finished using the weights, cover that short distance back to the weight rack, still holding said dumbbells and consider it a “going the extra metre” workout. 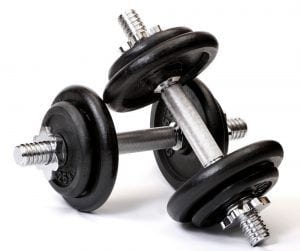 The gym locker room is a useful place for many reasons but for our Gym-ly Sin #3 it’s because, as the name implies, they contain the lockers. Contrary to popular belief, the rowing machine (or any other weight machine) is not a storage place for handbags, towels, phones or water bottles.

Putting your belongings on machines as a means to “book” them for yourself is also a definite no-no. Unless the gym is pretty empty and it would quite possibly be out of pure spite that someone would want the very machine you’re seeking to use next, in which case, bring the whole locker. In all seriousness though, waiting your turn to use machines in a gym is just par for the course, so locker your stuff away or pretend your phone and handbag is spotting you while you work out.

It’s only mildly amusing to watch people trying to splash their faces (and sometimes other body parts) with the small stream of water spurting out the drinking fountains in the gym. However, my amusement turns to horror when someone leans over and wraps their lips around the shiny metal part. You know, the part where the water comes out … the water that everyone is supposed to drink. Come on guys and girls. Let’s put an end to this Gym-ly Sin immediately. Remember, if you’re doing it, countless others are too. Drink that in. 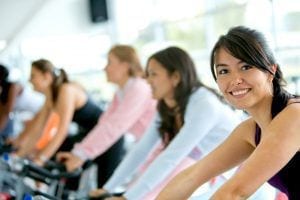 No-one enjoys wearing a condom on their head, which is what a swimming cap looks and feels like, but while it isn’t the sexiest item ever designed, it does serve a purpose. Why wear a cap, you may ask? I’ll tell you why. It has several benefits, for the gym; the people swimming with you and you. Yes, that’s right, it’s also for your protection.

An obvious reason is that gym pool filters get blocked with long hair, which affects the gym maintenance directly. Chlorine is also incredibly damaging to hair, so ladies, you do want to wrap that fro. More importantly though, certain fungi can develop on hair follicles that if not wrapped up in a swimming cap, could infect other people. Likewise, a swimming cap could quite possibly protect your precious hair follicles from being infected by floating fungi’s (not fun guys).

In this world, we have liberals and conservatives, and I’m not talking about politics. It’s mostly conservatives in the gym change room who are affected by this since liberals just take no notice. Although, even most liberals understand that standing naked while having a phone conversation, with one leg up on a bench for fifteen minutes or bending over, unecessarily, while still nude and in close quarters with others is just pretty, well, grim, for everyone else around.

Of course it’s OK to be naked and no-one is suggesting that the change room should mean “change into a prude”, but for the love of decent neighbourliness, be considerate and temper the view you’re displaying, no matter how beautiful you think it is. 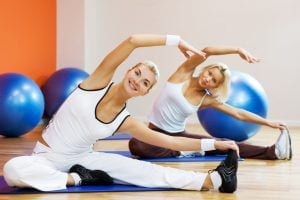 I am all for freedom of expression when it comes to what you wear. In fact, I even own a pair of suede zebra print heels, but a quick up-down eyeball in the mirror, before you go out, should be mandatory for everyone, even when you’re heading to the gym. Gym-ly Sin #7 can be seen, most often, in the form of either camel toes or muffin tops and are not pleasant on the eye.

“Don’t look then!” I hear you say, and “I’m not here for a fashion show!” you bellow and perhaps rightly so. Just think, though, everyone else is also not at the gym to suffer unsightly sights that you could easily avoid with a slightly longer t-shirt or baggier pants. It’s important to remember that you’re gymming so that, soon, you can look good in those lycra pants and that crop top. Oh, except guys and lycra pants, can we leave those for the cyclists? Please.

I absolutely love your blog and find many of your post’s to be just what I’m looking for. Would you offer guest writers to write content to suit your needs? I wouldn’t mind composing a post or elaborating on many of the subjects you write regarding here. Again, awesome web log!

Hi Angeline, I would certainly consider it, what topics do you write on?

Thanks for your article on the vacation industry. I will also like contribute that if your senior thinking about traveling, it can be absolutely essential that you buy travel cover for older persons. When traveling, retirees are at greatest risk of experiencing a healthcare emergency. Receiving the right insurance coverage package for one’s age group can look after your health and provide peace of mind.

Hi Elaine, I certainly will consider writing on healthcare, it does not fall under my current Repertoire , as I am not an expert in the healthcare industry, but shall put this on the backburner for now.